On Thursday, December 10, LSAC President and CEO Kellye Testy moderated a panel on which Judge Humetewa and Justice Whitener shared their personal journeys to the judiciary. Ms. Ingram added to the conversation with her experience and perspective as a representative of the law school admission community. Together, the panelists addressed questions such as:

There was a Q&A session toward the end of the webinar. 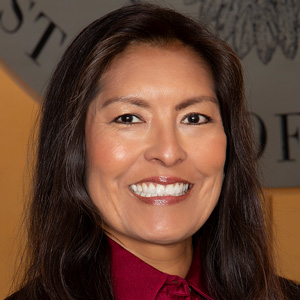 In 2014, Judge Diane Humetewa was appointed as a federal judge for the U.S. District Court for the District of Arizona by President Barack Obama, an appointment that was unanimously approved by the Senate. She is the first Native American woman to hold the position of federal judge in U.S. history. Judge Humetewa’s career in public service began at the U.S. attorney’s office in Arizona, where she worked as a victims’ rights advocate. While in this position, peers encouraged her to attend law school based particularly on her work representing and communicating with Native crime victims.

In 1993, upon graduation from Arizona State University College of Law (now Sandra Day O’Connor College of Law), Judge Humetewa served as deputy counsel for the U.S. Senate Committee on Indian Affairs and then as counsel to the deputy attorney general for the U.S. Department of Justice’s Office of Tribal Justice. In 1997, she returned to Arizona, where she served for over a decade in various positions. From 2007-09, she served as the United States Attorney for the District of Arizona. She has also taught as a professor of practice at Arizona State University, served as special advisor to the president and special counsel in ASU’s Office of General Counsel, and worked in private practice.

A member of the Hopi tribe, Humetewa has also served both as judge for the Hopi Appellate Court and as acting chief prosecutor for the Hopi Tribe in Keams Canyon, Arizona. 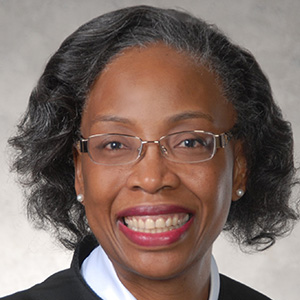 Prior to serving on the Superior Court bench, Justice Whitener served as a judge on the Washington State Board of Industrial Insurance Appeals and as a pro-tem judge in Pierce County District Court and the City of Tacoma Municipal Court. Before becoming a judge, Justice Whitener litigated both civil and criminal cases for 14 years as first a prosecutor and defense attorney and later as a managing partner of the law firm of Whitener Rainey Writt PS.

Justice Whitener is well recognized by the legal community for her commitment to justice and equity. She is the first Black woman to serve on the Washington Supreme Court, the fourth immigrant-born Justice, and the first openly gay Black LGBT judge in the state of Washington. She earned her BA in business administration and international marketing from Baruch College, New York, and received her JD from Seattle University School of Law. 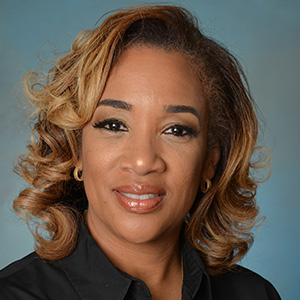 Like many of us, she is committed to public service and volunteerism. Dean Ingram has served on various boards including the Law School Admission Council, St. James Episcopal School Board, and the Austin Children’s Shelter, and as an American Corporate Partners (ACP) mentor to transitioning military service members. In 2016, she was appointed to the American Bar Association’s Data Policy and Collection Committee on which she served until its dissolution in 2018. She currently volunteers her time as a member of Cornell University’s Title IX Hearing Board.