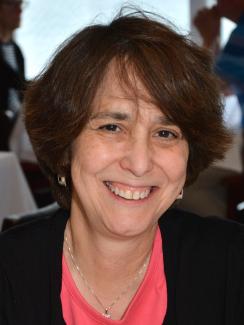 Annmarie Levins is executive vice president and chief strategy officer at Law School Admission Council. She earned her BA in political science from Brown University, her PhD in politics from Princeton University, and her JD from University of Maine School of Law. Prior to joining LSAC, Levins was a senior member of Microsoft’s Corporate, External, and Legal Affairs department, serving as general manager of the Technology and Civic Engagement group. In this role, she led a team of 15 policy experts, civic activists, and technologists working with the civic tech community, government leaders, and other community stakeholders to address society’s most pressing challenges—including economic growth and development, access and inequality, and building smart, sustainable cities—through creative approaches and technology. Before taking on this role, she was the associate general counsel leading a team of 25 lawyers supporting Microsoft’s North American subsidiaries. She joined Microsoft after clerking for Judge James L. Oakes on the US Court of Appeals for the Second Circuit and Justice Lewis F. Powell on the US Supreme Court. Levins also worked as an assistant US attorney in New York and Seattle, and taught at University of Washington Law School. Well-known within the technology community, she is the founder of the Innovation & Policy Center at Microsoft’s New England Research and Development Center in Cambridge. Levins was appointed by Governor Deval Patrick to the board of Mass Tech Collaborative and the Governor’s STEM Council, and served on the executive committees of the Mass Tech Leadership Council and the New England Council. She recently completed a fellowship at the Data & Society research institute in New York City.

What the Law Can Learn from Muffet McGraw

The Path to Ensuring Access to Legal Education in India