University of Saskatchewan College of Law

The information on this page was provided by the law school. 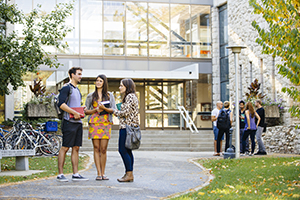 The University of Saskatchewan College of Law is located in Saskatoon, Saskatchewan, on the banks of the South Saskatchewan River in a beautiful, natural, and spacious setting. Saskatoon is a modern prairie city with a good balance of economic, cultural, and educational institutions.

The college was founded in 1912, and is the oldest in Western Canada. The graduates of the college exemplify a tradition of excellence. Over the years, graduates have become distinguished judges of courts at all levels, including the Supreme Court of Canada; distinguished academics; learned members of the legal profession across the country; diplomats; and political leaders. Graduates have also become prime minister of Canada, governor-general of Canada, and premiers of Saskatchewan and Alberta.

The college’s academic life is directed by a faculty with a strong commitment to teaching and research, and is enriched by the active involvement of judges and practitioners. The college has three funded chairs that enrich the program in the areas of public policy, human rights, and business law. The college is committed to research and teaching through the Native Law Centre, and the Centre for the Study of Co-operatives. The chairs, centres, and a speaker’s committee organize a stimulating selection of conferences and lectures on current legal issues. 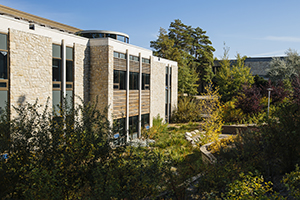 The collection consists primarily of legal sources from Canada, Britain, the Commonwealth, the United States, and other jurisdictions from around the world. Particular strengths include Aboriginal law, criminal law, contract law, tort law, and international human rights.

The program leading to the degree of Juris Doctor (JD) requires three years of study. The school term runs from the beginning of September until the end of April.

In order to obtain the degree of Juris Doctor, a student must satisfy the requirements for admission, register annually for the prescribed courses, pay the required fees, attend classes and participate in the first-year orientation, pass examinations as prescribed, participate satisfactorily in the legal research and writing course, complete the writing requirements, and fulfill such other requirements as may, from time to time, be designated by the faculty.

The first-year curriculum is compulsory. The second- and third-year programs permit the student to elect classes. In addition, there is a mandatory writing requirement in each of the upper years.

There is a half-time program to accommodate students who, for economic or personal reasons, are unable to take a full-time program. Students must be flexible enough to attend classes at the regularly scheduled times.

The college offers a Master of Laws (LLM) program. Students in the program participate in classes and must complete a thesis. Some of these students are often from other countries and add another enriching element to academic community life.

A slight preference is given to Saskatchewan residents and residents of provinces and territories that do not have a law school. Approximately 20 percent are special admissions. First-year students are admitted only in September.

To be eligible for admission to the first-year program of the College of Law, an applicant must have successfully completed at least two years of academic work beyond senior matriculation at a recognized university, or the equivalent of such work. In practice, most students have a university degree before being admitted.

The LSAT is required of all applicants and is used along with the GPA to determine who is accepted. LSAT scores are considered valid for five years.

More weight is given to academic work done on a full-load basis. Grades obtained for work done in graduate schools are not used as a part of the GPA but are considered when assessing the qualifications of applicants. 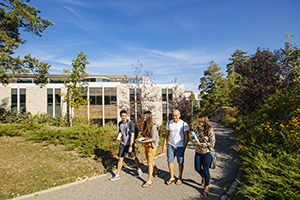 Admission will be offered to a limited number of special applicants as long as the Admissions Committee is satisfied that such persons have a reasonable prospect of academic success in the College of Law. The committee will give special consideration to applicants who are unable to compete successfully under the general criteria applied to regular applicants.

In selecting applicants for the first-year class, the College of Law considers it important that the student body reflect a variety of backgrounds and experiences.

Equity in Access—Special consideration will be given to applicants whose educational opportunities have been hindered by circumstances such as cultural or economic disadvantage, physical impairment, a learning disability, or significant interruption of the pursuit of postsecondary education.

The applicant’s LSAT score will usually be given significant weight. Applicants seeking consideration should submit, with the application, a statement identifying and explaining the nature of educational disadvantage or interruption of studies; relevant supporting documentation, such as medical reports; details of any relevant occupational experience or community involvement; and supporting letters of reference from persons unrelated to the applicant on the applicant’s aptitude and potential for law studies.

In the case of Aboriginal persons, successful completion of the Program of Legal Studies for Native People, held during the summer months at the Native Law Centre, will be considered by the Admissions Committee as a special supplementary predictor of success in law school.

The college has 19 academic performance-based entrance scholarships ranging from $1,000 to $10,000 for students accepted into the first-year program.

The estimated cost of books and materials is approximately $2,500 per year.

Housing off campus in Saskatoon is relatively inexpensive. Public transport is conveniently available throughout the city. A person can get anywhere in the city within 20 minutes by car.

Information and application forms for the University of Saskatchewan student housing can be obtained by contacting the Residence Office at 306.966.6775 or Saskatchewan Hall, 91 Campus Drive, Saskatoon SK S7N 5E8. The Student Union also maintains a housing registry for off-campus accommodations and can be reached at 306.966.2442.