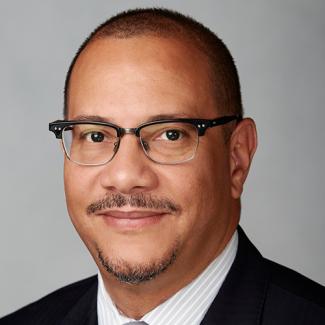 John Valery White is the Ralph Denton professor of law at University of Nevada, Las Vegas, William S. Boyd School of Law. White earned his BA from Southern University and his JD from Yale Law School, where he was a notes and topics editor for the Yale Law Journal and participated in the Jerome N. Frank Legal Services Organization.

Following law school, White was an Orville Schell Fellow at Human Rights Watch in New York City, where he worked on prison and human rights practices in Egypt. He then joined the faculty at Louisiana State University, Paul M. Hebert Law Center as an assistant professor of law, ultimately becoming the J. Dawson Gasquet Memorial Professor of Law. While at LSU, he wrote and lectured on civil rights law. He was also a distinguished visiting professor at the University of Insubria in Como, Italy, where he explored the role of civil rights law and multicultural theories in responding to globalism. He then joined the University of Nevada as dean and professor of law, later becoming executive vice president and provost. From 2016 to 2017, he was acting chancellor of the Nevada System of Higher Education.

White is widely published, contributing to and editing multiple books and articles dealing largely with human rights, civil rights, race politics, and discrimination. In addition, he has served as a guest lecturer, panelist, and speaker both nationally and internationally. He is a member of the American Law Institute and the Council on Foreign Relations, and serves in leadership positions in many nonprofit foundations and boards.

Standing Stronger Together We Can Build a Better World

The new Chair of LSAC's Board of Trustees shares his vision of the "Generation of Change" with attendees at LSAC's Annual Meeting.
By John Valery White
John Valery White