PLUS Program Impact: How 78 Lives Were Changed at Duke Law

When I decided to apply for the PLUS grant, I had no idea how it would impact my life or the students that I have been blessed to work with. Over the last three years, I have been allowed to sow seeds that reaped an immediate harvest. I never imagined that I could see my “why” happen in real time … but I have!

I have watched young people with no real exposure to the legal field leave this program and go on to create prelaw societies and take law school by storm. How? Simple … they were given access and opportunity. They were allowed to sit in seats that initially seemed unimaginable. These students, who had been underestimated by many, came to the PLUS Program and showed the professors, judges, attorneys, and law school staff just who they were. I constantly received compliments and heard shock at the way the students engaged and the questions they asked. They shone like the stars that they are.

Seventy-eight students have come through the PLUS Program at Duke Law. Seventy-eight unique and amazing stories of wanting to go to law school but not sure they could do it. They came in nervous and curious, unsure of what to expect, and left understanding how to brief a case with the best of them and write with clarity. They learned how to take all of the experiences that they thought were unacceptable and incorporate them into their résumés and interviews. They learned what law school really looked like and how many amazing opportunities lie in the legal field, beyond what they had imagined. Seventy-eight students learned that they could go to law school and thrive.

This year, our program went virtual. I was scared and unsure that I could pull it off. I loved having the students in person and being able to get to know personalities and spend quality time. I just didn’t believe that I would be able to build the same type of bond through a computer screen. I was wrong! By the end of the fourth week, my heart was so full and my pride in these online students was through the roof! We laughed and learned together and I once again watched students, often underestimated, rise to the top. They took a challenging situation and made the absolute best of it. I watched their shock as they learned the price of law school in their AccessLex session on financing their legal education and their tears when they listened to Lauren Fine from the Youth Sentencing & Reentry Project tell stories of young people whose lives were impacted by harsh sentencing. I was challenged by their questions and invigorated by their curiosity. By the end of the program, I was in tears when having to say goodbye.

Some might wonder if committing to a three-year program is worth the time and energy, and I can say with 100% certainty that it is. I was given a front row seat to the beginning of some amazing careers. Many of them have told me how this program gave them the jump-start that they needed to go to law school. They talk about the friendships that were made and the network that was created.

But mostly, they talk about the power of the information. They were not blindsided by law school. They could take tips from Professor Jim Coleman on criminal law and knew what to look for in a clinical experience because of the talk with Professor Ryke Longest. They could even find summer internships because of the judge they shared lunch with. PLUS gave them that! My life is better for having worked on this program with LSAC.

I have gained 78 PLUS babies that continue to make me proud with all of the amazing things they are doing. I have several who just completed their first year in law school and several starting in the fall, along with some in graduate programs and working as paralegals. Some are pursuing other careers because PLUS made them think about whether they were ready for law school. No matter the path, their futures are bright and my life is changed. 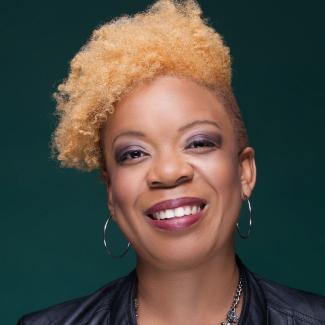 Let your music play: How to foster a sense of belonging in law school
Raise Your Learning Game for Law School Success
I’m a Proud Veteran Who Celebrates Her Non-Traditional Path to Law School
Imagine ...
How the Marshall-Motley Scholars Program Creates Lawyers Fighting for Racial Justice