Why Diversity, Equity, and Inclusion Matter in Legal Education

Diversity, equity, and inclusion are at the core of what we do at the Law School Admission Council. Through our partnerships with our member law schools, we’re striving to give students from all walks of life a chance to make the dream of a law career a reality — and, in turn, create a legal system that reflects the society it serves.

On a recent episode of “Live with Kellye & Ken,” iLaw President Ken Randall and I were honored to speak with Deans Craig Boise (Syracuse University College of Law), Camille Nelson (American University Washington College of Law), and Anthony Varona (University of Miami School of Law). Among other topics, we discussed diversity, equity, and inclusion at their own schools; how students should be thinking about these important issues; and how to translate diversity in law schools to diversity in the legal profession. Below is a summary of our discussion; you can watch the entire episode on our website.

What do diversity, equity, and inclusion mean to you?

Dean Varona noted that diversity (having people who are different), equity (treating everyone fairly), and inclusion (making sure everyone has a seat at the table) are three very different, though related, concepts. But as Dean Boise put it, “Equity is the means to move from diversity to inclusion.” In other words, it’s one thing to have people who are diverse, but having equitable systems in place is the way to make sure those people are represented and included in the conversation. And Dean Nelson added the concept of empowerment to these three tenets: “We want to make sure people are brought to the table from all walks of life, but what’s the point of being at the table if they’re not empowered?”

What do you do at your own schools to promote these values?

The deans agreed that increasing the diversity of law classes doesn’t happen by accident, and all have implemented programs and initiatives for underrepresented groups. Dean Boise shared that 34 percent of students who entered his school this past fall were students of color. Deans Nelson and Varona said the diverse communities in which their schools are located play a role, but they’ve also implemented programs that diversify the pipeline of incoming students. And Dean Varona added that it’s necessary to dig deeper into diversity data to make sure all groups, not just those prevalent in the school’s geographic area, are represented and empowered.

How should students be thinking about these concepts?

As Dean Nelson noted, the first year of law school can be difficult for students, but particularly for those from underrepresented communities. Since first-year law students generally don’t get to choose their classes or faculty, Dean Nelson worries that during that year, they may lose sight of why they came to law school in the first place. It’s important, she said, for students to be authentic and not try to fit into a preconceived notion of what a lawyer should be. Along the same lines, Dean Varona said that many students of color have reported “impostor syndrome” — in other words, feeling like they don’t belong in law school, even though they’re being told they do. But coping with and overcoming those feelings and embracing that “outsider” status, he said, is actually those students’ best advantage for success in law school and in their future careers.

What efforts are you making to diversify your own faculty?

Dean Boise pointed out that not much hiring has occurred in the past 10 years, but now, with some distance from the economic downturn, there’s an opportunity to go back into the job market with a focus on diversity. “Last year, we hired six faculty members, four of whom were from underrepresented groups,” he said. Both he and Dean Varona said their schools have added diversity components to hiring procedures and job postings as a way to institutionalize this important issue. “As deans, it’s important for us to talk about how important these values are,” Dean Varona said.

How can law schools help translate their increasing diversity to the legal profession?

The deans agreed that the continuing lack of diversity in our profession is dismaying. Dean Boise suggested it’s a product of a deeply entrenched system that relies on proxies such as law school prestige or class rank to determine one’s ability to be a good lawyer. He added that firms, as a result of pressure from clients, “have finally awakened to this and realized it’s going to cost them work” if they don’t diversify and also provide a path to partner for young diverse lawyers. Dean Nelson added that firms need to employ thought leaders to carry the water and make diversity and inclusion a priority.

I want to thank Deans Boise, Nelson, and Varona for sharing their valuable time with Ken and me on this episode, and I encourage everyone who’s interested in this topic or looking to make a difference with a law career to watch the full discussion. As always, we’re honored to partner with these and other law schools to advance diversity, equity, and inclusion, and to create a legal system in which the doors of justice are open to all. 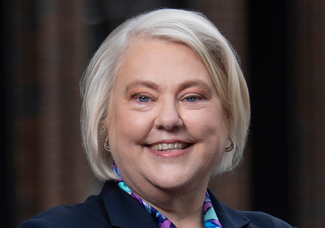