For me, the importance of our Prelaw Undergraduate Scholars (PLUS) programs is obvious: our legal system needs to look more like the increasingly diverse and complex society it serves. The way to achieve that is by committing resources to reaching young people who are members of communities that have been traditionally underrepresented in the legal field and then illuminating the path that leads to law school and, ultimately, a career.

PLUS does just that. Funded by a grant from the Law School Admission Council (LSAC), the four-week programs are free to attend and participants receive a $1,000 stipend. The programs focus on the skills required to succeed in law school, the law school admission process, and a legal career. The PLUS programs are held at seven law schools located across the U.S.; they are developed for and delivered, but not restricted, to students who are in the first two years of college and are from racial and ethnic groups that have been traditionally underrepresented in the legal profession. So far, close to 2,400 students, more than half of whom were African Americans, have participated in the PLUS programs, and evidence indicates that the programs have had a measurable impact in helping hundreds of students from underrepresented groups enter law school.

While I’m very familiar with the PLUS programs and all of the benefits, it’s still thrilling to meet the students.

Miosatti Tenecora: We need more of these programs starting from a young age.

Miosatti Tenecora was first exposed to law in a high school course that touched on criminal law, but she wasn’t sure she had the resources she’d need to pursue it as a career. In college, she majored in accounting because she was good at math and believed it would lead to a lucrative career. “As a first-generation college student, I struggled to find a calling and, at the same time, balance my goal of helping my family financially in the future.” Tenecora explained that she didn’t know what kind of doors education could open, and that the high school she attended didn’t offer programs to familiarize students with various careers.

During her first college summer, Tenecora was admitted into the LSAC’s PLUS programs, which for her was a game changer. It introduced her to the LSAT, law school courses, and the law school application process. It also introduced her to other students she identified with and who inspired her. “We relied on each other throughout the summer program and shared our backgrounds and goals,” she said. “The program helped me with my self-esteem. It made me believe that I could obtain a graduate degree. It showed me that it was not impossible for an economically disadvantaged student of color to aspire to attend graduate school.”

Before enrolling in Boston University School of Law, from which she graduated this year, Tenecora earned a graduate degree in accounting. She says resources such as the PLUS programs are critical to fostering a legal profession that reflects the society it serves. “In order to change the field, we must uplift diverse students and focus on programming that not only gives them the tools to apply but also gives them the confidence to strive for more,” she says. “We need more of these programs starting from a young age. With these programs, students can meet other students and know they are not alone.”

Sarah Pierre is a criminal justice major at Alcorn State University, a historically black university in Mississippi. Along with 21 other juniors from colleges and universities across the southeastern U.S., she spent four weeks in the PLUS programs at Duke University School of Law. Participating in PLUS, she said, was a key step toward bringing a goal she’s had since she was four years old to fruition: Pierre wants to become a judge.

For Pierre, one of the highlights of the experience was the opportunity to connect with alumni of Duke Law’s Bolch Judicial Institute, which studies and advances rule-of-law principles, judicial independence, and law reform through technology and innovation.

One of the institute’s goals is to provide students with the opportunity to envision themselves as judges, arguing before the court, or as lawyers doing complex transactional law.

For Pierre, the experience of meeting an African American judge helped her realize that being successful as a black person in the legal field is not an unrealistic goal. “It’s nice to see people who have already broken barriers,” she said.

Debjanee Nandy: The quest for social change includes a commitment to the law.

Debjanee Nandy, who is from Bangladesh, is in the honors college at Lyon College in Batesville, Arkansas, where she is majoring in math and economics on a full-ride scholarship. “Anything is possible,” she told me. “I’m from a developing country. I never thought I’d be here in the U.S., but here I am, and I’m planning to go to law school.”

Nandy said she’d already been interested in law school when she discovered PLUS on the LSAC website but that she wasn’t sure if it was an option because getting scholarships and other kinds of financial aid seemed particularly difficult. During the PLUS program, which she attended at the University of Akron for four weeks this summer, financial aid was one of the many topics covered in Law School 101. In addition to listening to lawyers and judges speak and being introduced to different career tracks, she learned that while it might be difficult to get scholarships, it’s not impossible.

She also met a lot of people. “I’m getting an excellent education, but my school is in a small town,” she said. “During the four weeks of the program, I met people from all across America.”

The diversity she found among participants not only inspired her but also gave her confidence that she can serve people both in the U.S. and in Bangladesh who, like her, are minorities in their own communities; Nandy’s family is Hindu, living in a Muslim country, and she is an atheist — which means she could be subjected to additional scrutiny from the police and other law enforcement officials. She said the program also facilitated an epiphany of sorts about U.S. history and culture. “The PLUS programs target minority students, and I learned about the foundation of racism in the U.S. and how it’s changed over time,” she said.

She also discovered the intersection of her goals and a career in the law; the PLUS programs, she explained, forge the link between what’s important to her and a legal education. “As a minority student both here and at home, I’ve thought a lot about doing something for equality,” she said. “I believe the quest for social change includes a commitment to the law. I’m considering both immigration and social justice law as possible specialties.”

If you’re interested in learning more about the PLUS programs, or would like more information on grants and other forms of financial aid, please visit PLUS online. Applications for 2020 PLUS programs should be open soon. Please note that deadlines, which are as early as February and run through mid-April, vary by institution. Contact the school you’re interested in directly for more information. 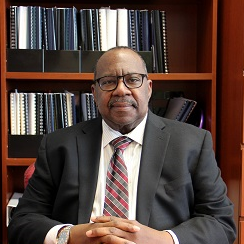