“The conventional law student is kind of a myth.” That’s Charlie, a law school student who believes empathy is the most valuable skill to develop when pursuing a degree in law. “I’m passionate about it (law),” Charlie adds, “because it’s something that I can change to not just help one person; it could help hundreds, thousands of people.”

Charlie’s story is one of five featured in the Law School Admission Council’s BE IndiVISIBLE campaign, which is a continuation of our Discover Law initiative meant to inspire people, especially those in underserved communities, to consider law school and to prepare them along the journey.

Being “indivisible” means that we stand together in unity for law while appreciating the differences among us, which must be visible and honored. We aim to show the positive attributes of people who enter the legal profession. One of those attributes is courage — the courage to stand up for oneself and others, including those who may otherwise not have a voice, thus increasing access and equity in the pursuit of justice.

“Not all superheroes wear a cape or have a secret identity,” says Kendeil, another law school student who never planned on going to law school until one of her professors set her on that path. “I think it’s important that we all take a vested interest in the law and who it is that’s changing and shaping the law.”

With this campaign, LSAC shows prospective law students that there is no “typical” legal career and no “typical” law school student. There’s no better illustration of that idea than Derrick, a fire director who retired with a master’s degree and began thinking about how law school could enhance his career. “My mother would be very proud to see me receive a law degree,” he says in the BE IndiVISIBLE video. “She probably would think I could save the world.”

Then there’s Luisa, a practicing lawyer. “When I arrived in the United States and I was 13 years old, I didn’t speak much English,” she says. “I came from a very small town, but with my law degree, I was truly able to make an impact, and that is the most satisfying feeling.”

The BE IndiVISIBLE campaign is just one more way LSAC is helping to increase diversity, equity, and inclusion in the legal profession — and, in turn, ensuring that the “Gateway to Justice” remains open to all. To learn more about this campaign and join the BE IndiVISIBLE community, visit BeIndivisible.com.

We’re excited to share more parts of the campaign with you in the weeks and months ahead. 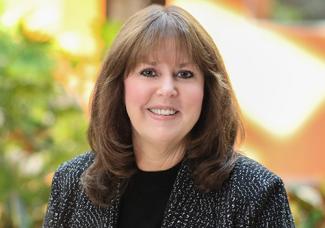 I’m a Proud Veteran Who Celebrates Her Non-Traditional Path to Law School
Imagine ...
How the Marshall-Motley Scholars Program Creates Lawyers Fighting for Racial Justice
The Incoming Class of 2021 — The Most Diverse Law School Class in History
Making LSAC LawHub a One-Stop Shop for the Legal Education Journey