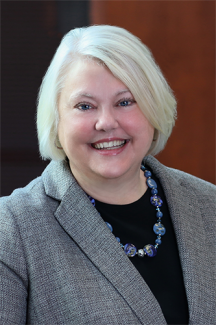 Since 2017, Kellye Y. Testy has served as president and chief executive officer of the Law School Admission Council, the leading assessment, data, and technology hub for law schools and their candidates in the United States, Canada, and throughout the world. Under Testy’s leadership, LSAC, a 350-employee, not-for-profit organization, has worked with its law school members and candidates, colleges and universities, as well as leading organizations in law, education, and business, to promote universal access to justice as a way to build a more just and prosperous world.

Testy came to LSAC from the University of Washington School of Law, where she served for eight years as the school’s dean — making her the 14th person, and first woman, to do so. Accomplishments during her tenure as dean included the establishment of the endowed Toni Rembe deanship, launches of the Barer and Gregoire Fellows programs, and the largest gift in the school’s history: a $56 million bequest from alumnus Jack McDonald for student scholarships and faculty and program support.

Testy also served as a professor and dean of Seattle University School of Law, where she founded the Access to Justice Institute, the Korematsu Center for Law and Equality, and other key programs. Testy was named the nation’s second most influential leader in legal education by National Jurist in 2017; the previous year, she served as president of the Association of American Law Schools, with the presidential theme of “Why Law Matters,” to focus on how the law plays a critical role in ensuring justice and human prosperity. She served on the AALS Executive Committee from 2013 to 2017, cochaired the AALS Section for the Law School Dean, and served on the Committee on Recruitment and Retention of Minority Law Teachers and Students.

In addition to her role at LSAC, Testy teaches courses in leadership and business law at a number of law schools, including Villanova University Charles Widger School of Law; George Mason University, Antonin Scalia Law School; and Indiana University Maurer School of Law—Bloomington. She is a member of the American Law Institute and has served on the Board of Governors of the Society of American Law Teachers as well as on several committees and initiatives of the ABA Section on Legal Education. She currently serves on the boards of the Washington Law Institute, a leadership development program designed to promote diversity in the legal profession, and LSSSE, a research institute focused on understanding legal education from the student perspective.

She is a nationally sought-after speaker, panelist, and consultant on legal and higher education, leadership, diversity and access, and corporate law and governance. Recent speaking engagements include the 2021 Lavender Law Conference in Philadelphia, the 2020 Promoting Diversity in Law School Leadership Conference, the 2020 Black Lawyers Matter Conference, and numerous LSAC-sponsored events and panel discussions.